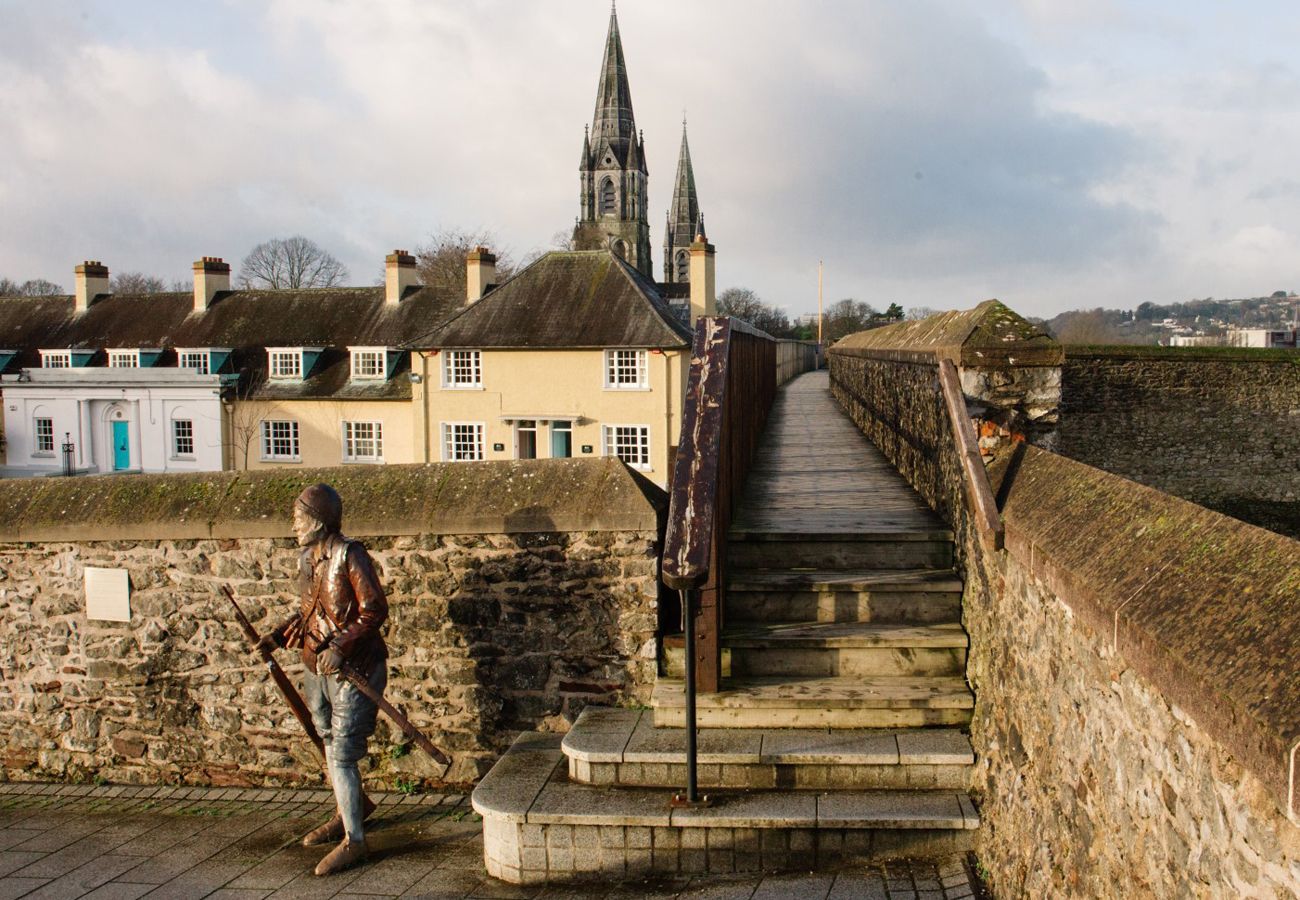 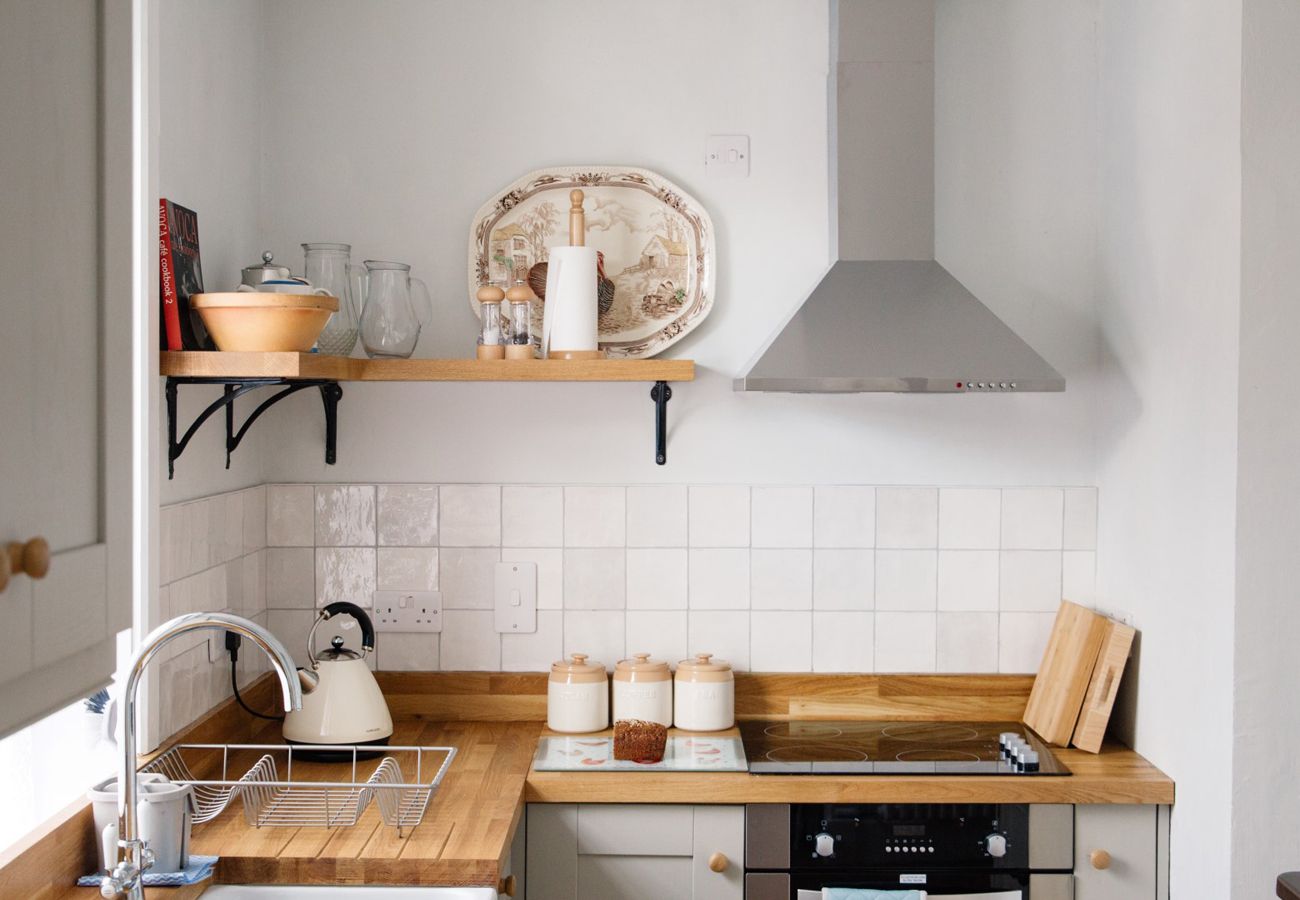 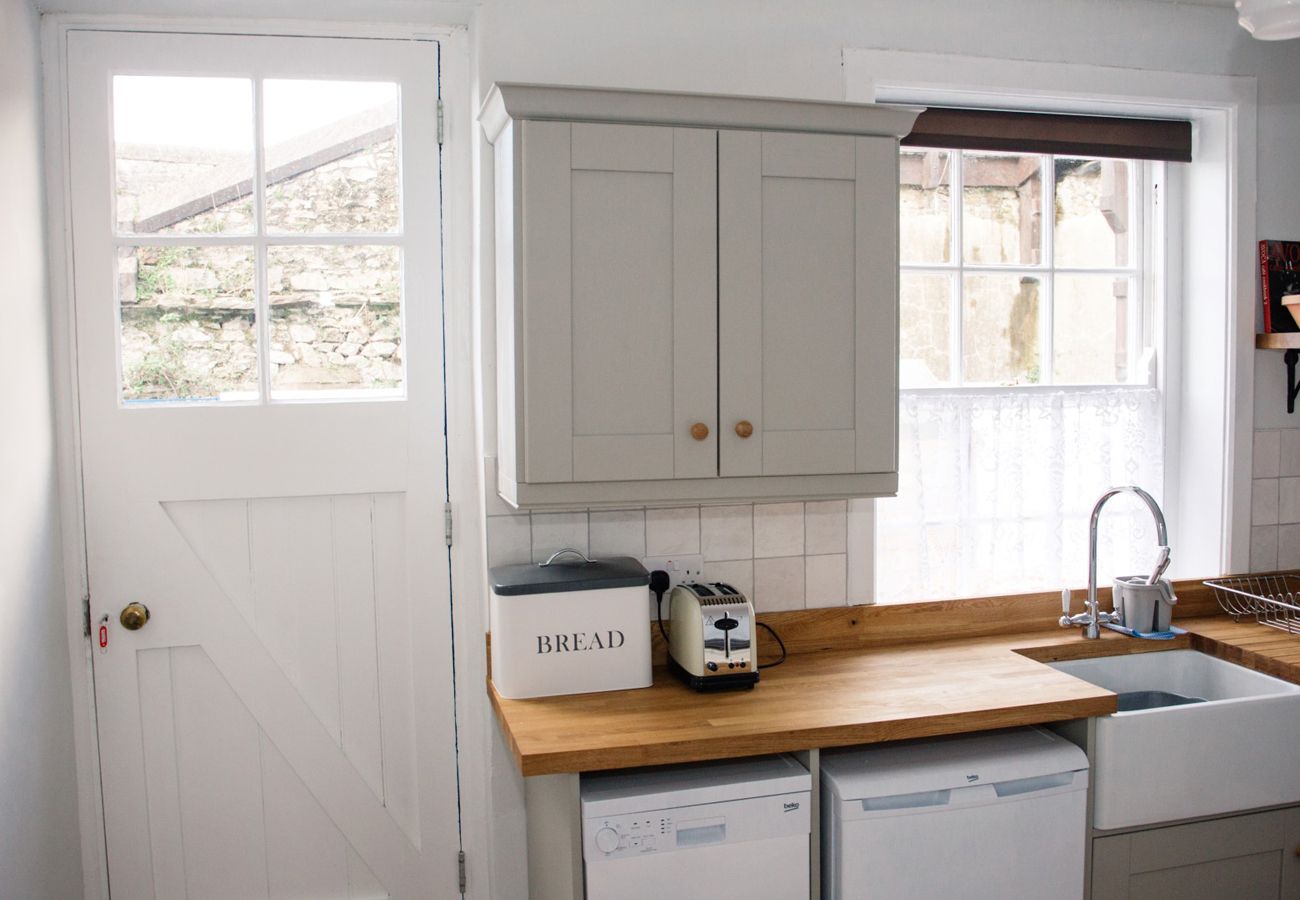 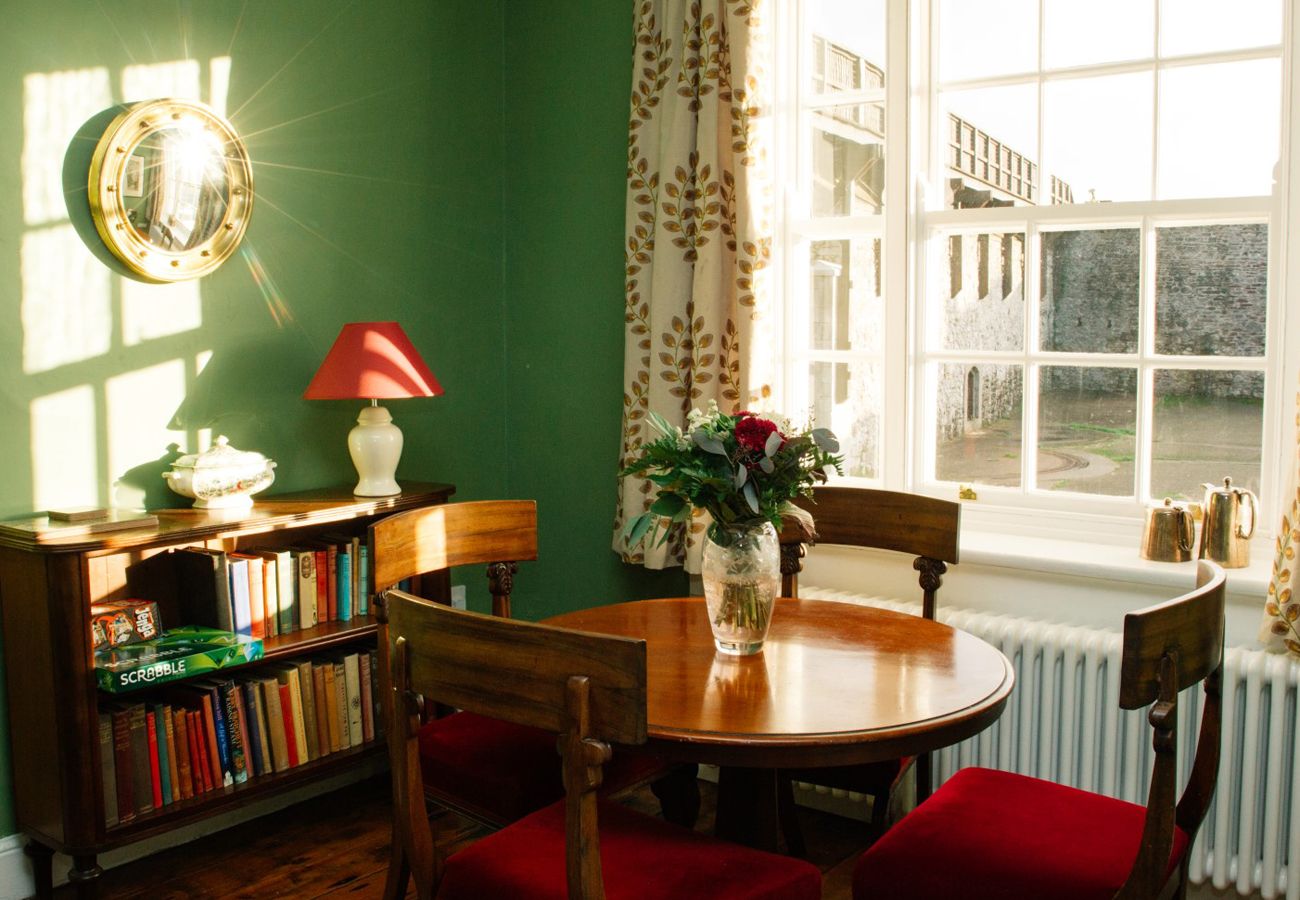 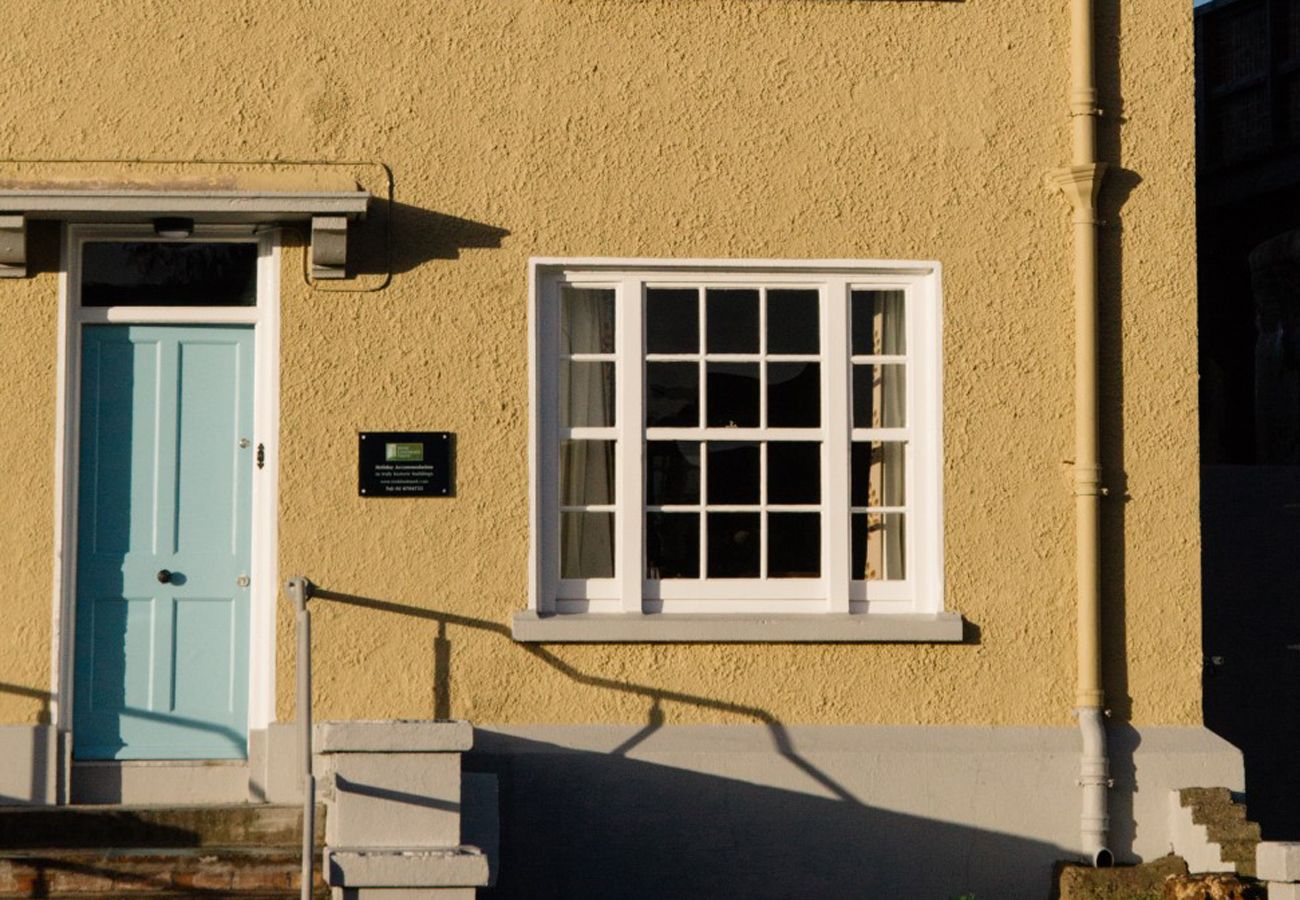 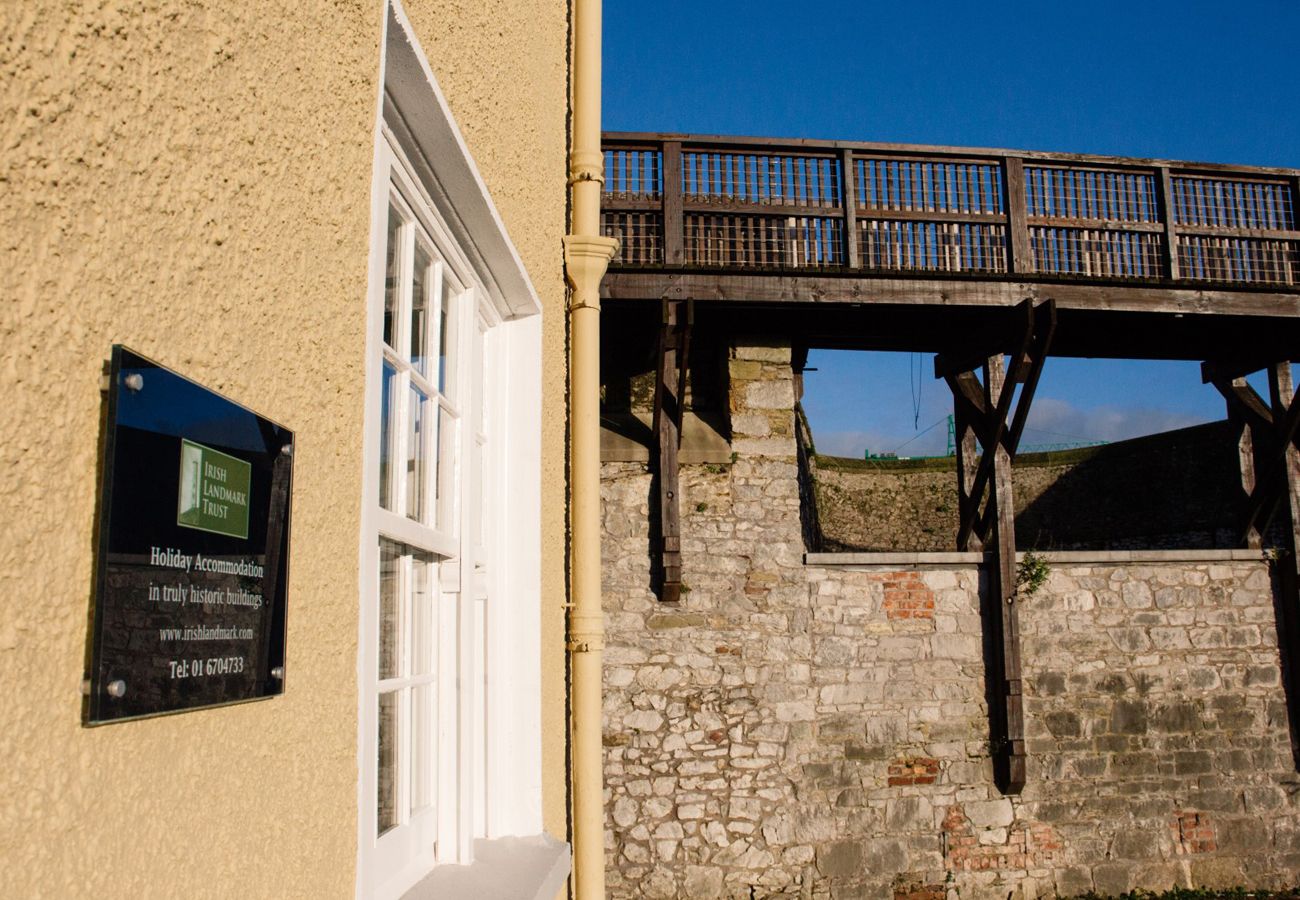 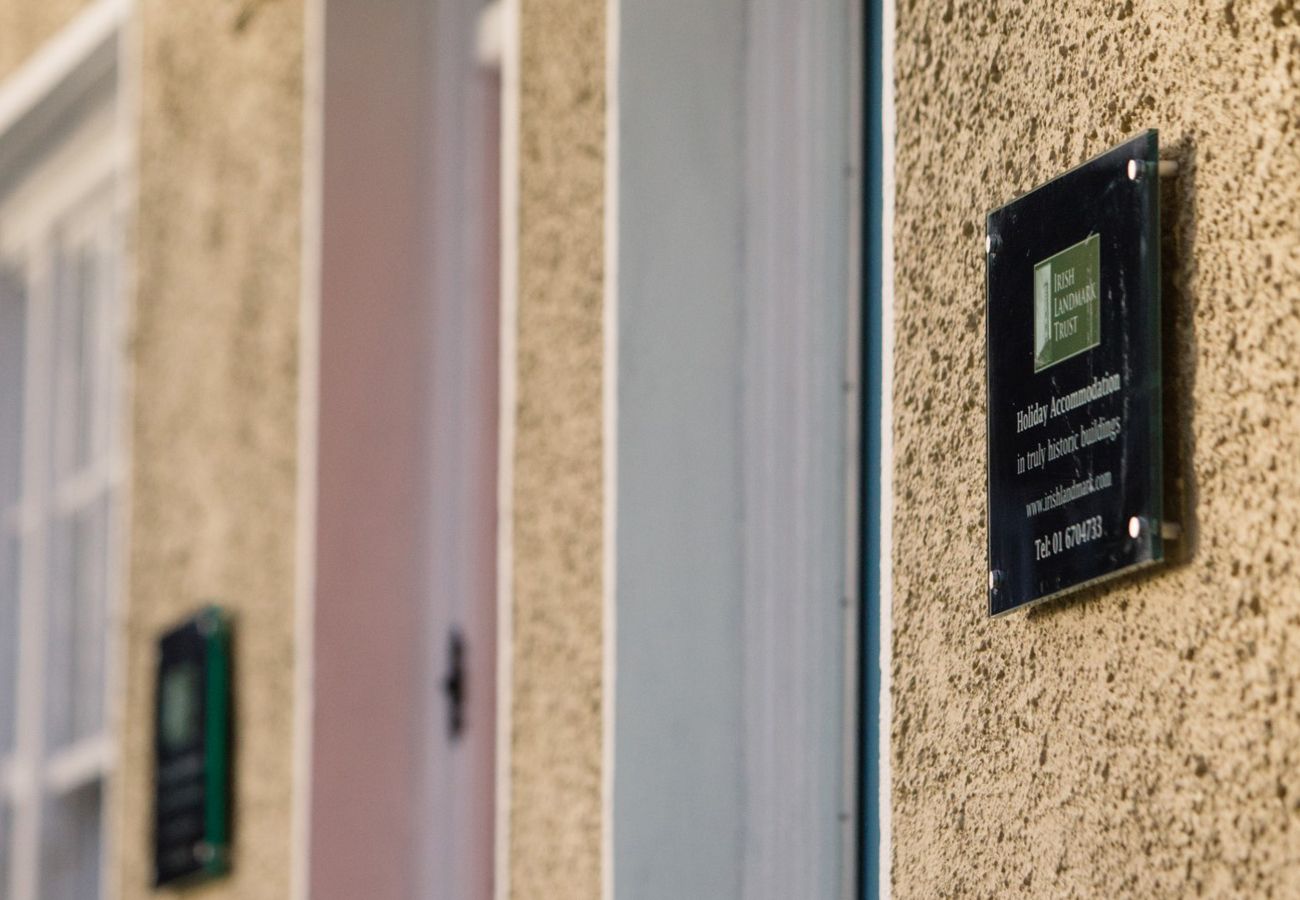 This beautiful and centrally located holiday home is situated within the walls of Elizabeth Fort, one of the oldest and most historic sites in Cork. Referred to as the "Real Capital" by Corkonians and is known as the Rebel County, Cork City is Ireland's second largest city, with Dublin the capital being the largest.

Garrison House (blue door) offers you and your guests a unique and excellent central base for discovering the history, culture, and wonders of Cork City and beyond. Elizabeth Fort is a busy tourist attraction in Cork, so the site can be busy with visitors at times.

Garrison House sleeps 3 guests comfortably. Located next door is Parade House, an additional self-catering holiday home you can book via our website which also sleeps 3 guests.

This unique self-catering holiday home has a wood burning stove ideally located in the gorgeous period style and comfortable sitting room. The pretty shaker kitchen is well equipped and has all you need for a comfortable self-catering holiday. Both meals and views can be enjoyed from the attractive dining room located in the sitting room which overlooks Elizabeth Fort and Walls. The property has 1 double and 1 single bedroom. The bathroom has a large walk in shower. Plus, gas central heating is provided throughput the house.

A small courtyard to the rear can be enjoyed by you and your guests in this unique self catering property. The Elizabeth Fort walls offer a fantastic and panoramic view of the city below, a truly memorable holiday experience. Sections of the ramparts around Elizabeth Fort directly overlook Garrison House.

Please note that there is strictly no parking at the property. There is paid parking available at nearby “Park it Here” car park, at 50 Grande Parade.

Property History
Elizabeth Fort is a 17th Century star shaped fort. Originally built as a defensive fortification outside the city walls, the city eventually grew around the fort and it took on various other roles – including use as a military barracks, prison and Garda station.

The fort was built after the Battle of Kinsale, in 1601 by Sir George Carew, the then President of Munster. Named for Queen Elizabeth I, it served as both a defensive structure and a symbol of English authority in Cork. The original fort was built of timber, stone and earth.

This first structure did not last long. After the death of Elizabeth I in 1603 the people of Cork refused to acknowledge the crowning of James I. The Citizens, fearing the fort being used against them, destroyed it and seized the guns within. It was not long however before Lord Mountjoy and his forces seized the city and forced the citizens to rebuild the fort at their own expense.

The fort was rebuilt in stone in 1624-1626. It was at this time that the fort became star-shaped and is largely the same layout today.

Following on from the Cromwellian conquest in the mid-seventeenth century, Oliver Cromwell is reputed to have made several defensive alterations to the fort, primarily making the ramparts higher.

During the Williamite War in Ireland, Cork became a Jacobite stronghold after the Battle of the Boyne. During the Siege of Cork in 1690 and after a week of bombardment, the city walls were breached and Elizabeth Fort surrendered.

In 1719 a military barracks was built in the fort. At this time the ramparts were thinned to provide additional space required to accommodate the soldiers. These barracks were closed in 1806 and from 1817-1837 was put to use as a convict depot for prisoners awaiting transportation and later, as a food depot during the Great Famine.

During the Irish War of Independence 1919-21 Elizabeth Fort is used as a base for auxiliary forces brought in by Britain to fight against the Irish Republican Army. In the succeeding Irish Civil War, the buildings within the fort were burned down by anti-treaty forces but the walls of the fort remained.